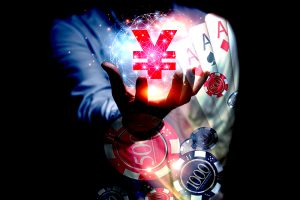 According to sources, Takaki Shirasuka, a member of Japanese Prime Minister Shinzo Abe’s Liberal Democratic Party (LDP), received JPY1 million in cash from 500.com during a trip to the gambling operator’s corporate headquarters in Shenzhen, China.

Mr. Shirasuka accompanied another LDP lawmaker, Tsukasa Akimoto, during the trip that took place in 2017. The two politicians were also taken to a casino in Macau during that same trip. 500.com covered the expenses for the trip to China and the casino visit.

Mr. Akimoto was arrested late last year and was accused of taking bribes in the form of cash and non-monetary incentives to spearhead 500.com’s bid to win one of the three casino licenses that will be up for grabs as part of a long-running process for the legalization of Macau-style gambling in Japan.

Mr. Akimoto is a former Senior Vice Minister at Prime Minister Abe’s Cabinet Office. The politician was in charge of developing Japan’s integrated resort policy that would pave the way for the opening of casinos in the country.

Despite denying any wrongdoing, Mr. Akimoto was indicted earlier this year on allegations that he took more than JPY7.6 million from 500.com between 2017 and 2018. The embattled lawmaker is currently on bail.

Tokyo Prosecutors Not Likely to Press Charges on Shirasuka

While Mr. Shirasuka admitted to taking JPY1 million from the Chinese gambling operator, he is not likely to face bribery charges, sources familiar with the matter told Japanese news outlets.

Mr. Shirasuka was part of a cross-party parliamentary group that was tasked with promoting casino resort initiatives and was led namely by Mr. Akimoto. However, unlike his fellow politician who was indicted on bribery charges, Mr. Shirasuka had no actual authority over the selection of the preferred operators of Japan’s planned first three integrated resorts with dedicated gaming floors.

As mentioned earlier, Mr. Shirasuka accepted the JPY1 million bribe during his trip to China to visit 500.com’s corporate headquarters. The Chinese company also covered the lawmaker’s gambling chips during his trip to a casino in Macau.

Japan was expected to launch the casino license bidding process early next year. Japanese prefectures and their private sector operators were expected to be able to submit their application papers between January 4, 2021 and July 30, 2021.

However, that timeline might change due to the economic impact of the Covid-19 pandemic and the travel restrictions currently in force in Asia to help curb the spread of the disease.

Several Japanese prefectures have already changed their individual timelines for selecting a preferred casino operator to partner with and jointly bid for the right to host an integrated resort, and analysts believe that the central government could, too, move to push back the selection process amid uncertainties stemming from the worst global health panic in many years.