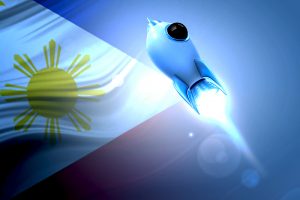 Live casino software specialist Vivo Gaming has recently celebrated the opening of its newest studio as it looks to provide its clients and their players with improved localized experience.

The live casino provider has teamed up with Glorious Throne Data Company Inc., a company based just outside the Philippine capital Manila, to open its new live studio in the country.

The new Vivo Galaxy Studio opened doors this past June. It offers some of the latest additions to Vivo Gaming’s live casino portfolio, including Baccarat, Roulette, and Dragon Tiger live dealer gaming products.

Vivo Gaming noted that its brand new studio will initially feature four Baccarat tables and one European Roulette table. The live casino software supplier will gradually be adding more games, including ones slated to be rolled out later this year.

Vivo Gaming also said in a press release that hit the wire earlier this week that its new Vivo Galaxy Studio operates in full compliance with PAGCOR, the Philippine gambling regulator.

The newly launched studio is inspired by the rich culture and heritage of Asia and is clearly aimed to cater to gambling customers from that part of the world. The facility will be streaming live dealer gaming content 24/7, just as the rest of the studios that operate under the Vivo Gaming umbrella.

Commenting on the recent opening of their Philippine live casino studio, Vivo Gaming VP Sales Reinaldo Venegas said that the company has grown “phenomenally” this year and that it is their goal to further grow their portfolio by improving the quality of their products and to give a localized experience to their clients by offering a “new, improved and varied Studio styles that appeal to a broader audience.”

Glorious Throne Data Company VP for Information Technology Jon Cruz commented that they are happy to be working with Vivo Gaming and that the newly launched Vivo Galaxy Studio is a “top tier studio in the Asian region.”

Mr. Cruz went on to say that their objective is to create state-of-the-art live dealer environments for “the most demanding consumer.”

As mentioned earlier, the new Vivo Galaxy Studio is joining a host of live dealer studios managed by Vivo Gaming. Aside from the recently opened Philippine facility, the company’s portfolio includes studios in Bulgaria, Uruguay, Colombia, and Georgia.

Vivo Gaming offers more than 25 live dealer table games that are translated in 26 different languages and feature localized styles and designs. The tables are run by native speaking Spanish, Portuguese, English, Turkish, and Chinese dealers, among other languages.